Nine Pax, took the Daily Red Pill (DRP) this morning and got better.

The Scene: Low 60’s.  Great morning to post in the Gloom

Started off with some ab work 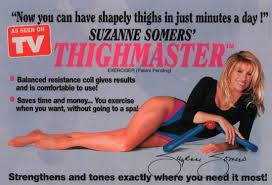 Each exercise is done with a coupon:

T-Bone lead us out in prayer.

T-Bone’s plan to host a F3 at the Farm sent Your Humble Correspondent back to yesteryear.

In the 80’s I was assigned to several different locations within the White House Communications Agency.  Some of my time there was being responsible for communications in support of the Continuity of Government (COG). If you work in continuity planning, a lot of your time is spent ensuring that alternate facilities can function if needed. You  exercise scenarios, spend days in a bunker making “critical choices” under pressure and test your gear time and again.  Yet, time moves on and technology has shifted the focus of continuity planning from secure communications and bunkers to work from almost anywhere and continuity by dispersion.

I thought, what the heck – let me google it and see if any of them are still around or if there had been any Freedom Of Information Acts (FOIA) put in so I could even discuss them.

Many of the sites are easily overlooked.  Fort Reno Park, a park in the Tenleytown neighborhood of Washington, DC is the highest point in the city, and was involved in the only Civil War battle to take place in DC.  Yet, Fort Reno Park also hosts a deactivated microwave terminal station, that was used during the Cold War. The unit was encased in a 103 ft. tower, and known as the “Cartwheel” site 4. This was one of a handful of continuity of government sites built in Maryland, Pennsylvania, Virginia, West Virginia, and Washington, D.C., that were designed to house large numbers of federal officials in underground bunkers while the exposed concrete towers that housed sophisticated radio equipment kept communications open among the survivors, the military, and civilian populations.  This facility, “Cartwheel”, ended its service in 2004. 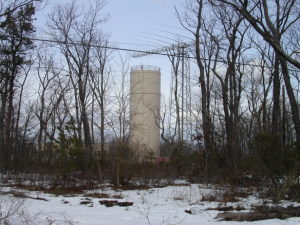 There were others too…like the Greenbrier.   A bunker is carved deep into the mountainside beneath West Virginia soil.  It was an emergency Cold War fallout shelter.  Once a top-secret U.S. government relocation facility for Congress, the Bunker is now open to anyone.  And many, many other “undisclosed locations.” 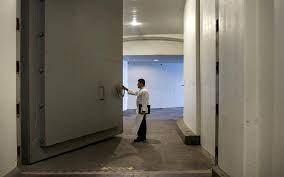 Funny, looking back how names like “Cactus”, “Crown”, “Cartwheel”, “Raven Rock” or Site R and the like still make me look over my shoulder when I speak them or write about them.  Alternate National Military Command Center’s (ANMCC) prepared to do the job if the Pentagon was gone and often buried deep inside the hardest rock on the East Coast.  These are all listed in Presidential libraries or other open source documentation now, so I’m not telling anything I shouldn’t/couldn’t.  I don’t look in vertical stripes, so I watch what I say 😉 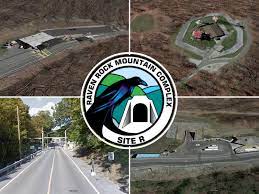 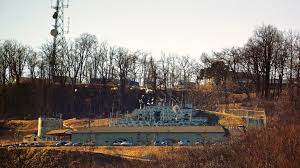 All this brings me back to “The Farm.”  A simple phrase, a generic term, that sends one back into stories of lore, secrecy, cloak & dagger, and yet…just a place people go to work. 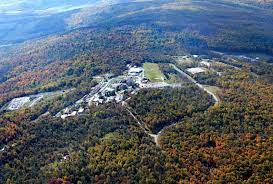