Twelve Pax, took the Daily Red Pill (DRP) this morning and got better.

* We missed ya Scout.  Even had a poncho there!

The Scene:  Low 60’s, not raining and clearing up.

WarmUp:  A loop around the AO, SSH and some arm cirlces

Shout out to Dos Equis for providing the Cinco de Mayo props! I think we’ll be hearing the rattle of the maraca in our heads the rest of the day.

YHC wanted to recognize the real story of Cinco de Mayo, not the American “let’s celebrate with margarita’s” version.  So I asked the Pax why this holiday is celebrated.  Answer #1 – Margaritas (nope – so we did Merkins), answer #2 – Mexico’s independence (nope – we we did Burpees).

Cinco de Mayo represents the triumph of liberty over tyranny and a joyful moment in Mexican history. In 1862, Mexican General Ignacio Zaragoza and his militia defended their independence and won an important victory for freedom. Because of their courage, Mexican citizens would come to know the full blessings of liberty, and their triumph at the Battle of Puebla remains an inspiration to all who thirst for freedom.

Oh, before we get to the Thang do you know what started the battle in which Mexico and France were engaged in?  The Mexican government was dead-broke after fighting the Mexican-American War.   To get the country’s finances in order, the Mexican president halted foreign debt payments for two years.  Hint – don’t screw with people’s money!  Britain, Spain, and France sent armed forces to Mexico to demand payment. Britain and Spain quickly left after negotiations, but France remained and started the battles that were to come.  Here’s another “holy-shit” moment….France won!  Yep, the French put Emperor Maximilian I in charge…which didn’t last too long before he was captured and executed.

So there ya have it.  That is why Cinco de Mayo is celebrated and you can look smart in front of your kids and co-workers. 😉

The Thang: To the tennis courts

The gang did two rounds of this and then did a little bit of Ab work; 10 reps of each exercise, followed by a 10-second isometric hold & once we start we don’t stop

Didn’t set enough time aside to complete the Ab routine…maybe next time.

Flying Tomato led us out in prayer

So, my M and I are on our way back from Maryland this past Monday and cruising around the Raleigh Inner Loop.  Traffic’s not too bad and we’re taking it easy when we hit a little bit of a traffic jam, maybe about 4 miles total.  Enough to slow you down for about 10 minutes.  Not so bad!

Like I said we were taking it easy thus were in the right lane.  Then something grabs my attention coming up the shoulder.  A big ole’ propane truck followed shortly after by a car.  We watch them go by and I notice it….a F3 sticker on the car!  WTF?!? 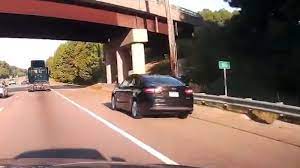 We put stickers or decals on our vehicles to attract attention to something we a passionate about like, “Support our Troops” or “I Back The Blue” or “Baby On Board”…. Decals can be one of the simplest ways to make a statement these days. Whether you’ve run a marathon, visited an exotic location, lots of stickers, lots of passions.

F3 does so much good in our communities that we seem to be viewed as the “nice guys.”  Then someone does something like zooming on the shoulder.

Now, to give a bit of grace here…he could have been rushing to save some kids from a burning building, or to take his wife who’s in labor to the hospital, or any number of things that would cause him to break the law and drive on the shoulder.  I’ll never know.  What I do know was my initial reaction was….”shucks, one of my F3 brothers is doing the WRONG thing.”

Here’s something else about decals.  They can provide all kinds of information about you and your family.  Maybe the decal connects you with the military, reveal your personal interests, even identify schools you or your kids attend. Heck, a pro-gun sticker might be taken to suggest you’re carrying a weapon in your car, making it a theft target.  Here’s some data about decals:

If you find a car decal you love, it’s probably a good idea to think about how others might perceive it before sticking it on your vehicle.

Someone is Always Watching….always watching.